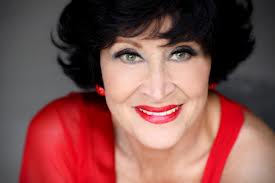 Come to the southwest side to see “West Side Story” star Chita Rivera in Chita: A Legendary Celebration, September 27 at the Moraine Valley Community College Performing Arts Center, and stay at the nearby and affordable Best Western Inn Suites Midway Hotel!

Dolores Conchita Figueroa del Rivero got noticed as a 15-year-old ballerina and was invited to New York City for auditions. When she was 18, she starred in the Broadway hit “Guys and Dolls,” then “Can-Can.” Her signature role was Anita, in the great “West Side Story.”  She appeared in “Sweet Charity” with Gwen Verdon, “Chicago,” and many more smash hits. In 1993 Rivera won a Tony Award for the role of Aurora in “Kiss of the Spider Woman.” She has never stopped working.

In 2013, at the age of 80, Ms. Rivera starred in a one night only one woman review on Broadway, “Chita: A Legendary Celebration,” for charity. The audience was wowed, and the show went on.

This is a short list of the friends of Broadway legend Chita Rivera: Liza Minnelli; Antonio Banderas; Judy Garland; Shirley MacLaine; Leonard Bernstein; Stephen Sondheim; Kandor and Ebb. She was the first Hispanic woman to be awarded the Kennedy Center Honors. In 2009 she was awarded the Presidential Medal of Freedom.